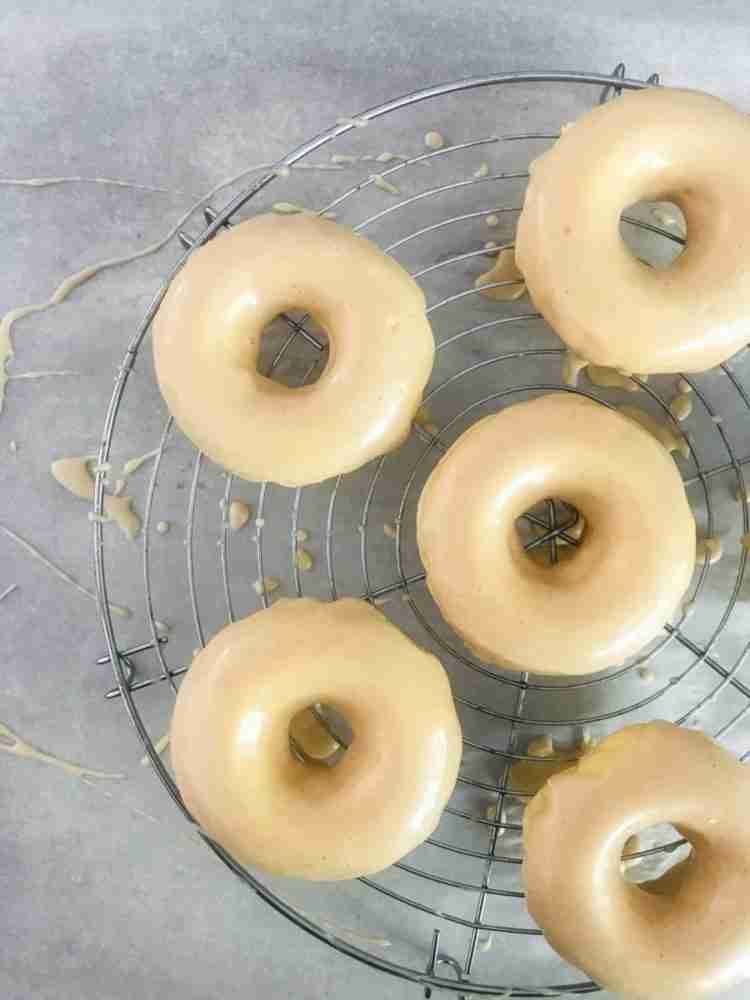 You guys… This Baked Mochi Donuts Recipe… Can you be in love with a donut? It feels like you can be.

OMG are these good. And they’re baked. And can be ready in about 20 minutes! Which is good news and bad news because I really didn’t need to know that I could have amazing donuts in my face in 20 minutes.

You will not make another baked donut once you’ve learned how to make Mochi donuts at home. They are a zillion times better than your average baked donut, which, if I’m honest, are pretty much glazed muffins. Not these. The texture is fantastic. And they are ridiculously easy to make. Which is awesome. And a wee bit dangerous.

I discovered Butter Mochi on a trip to Hawaii and immediately became obsessed. Couldn’t get enough of it. So when I heard about Mochi donuts I couldn’t resist trying. The texture is tender and a little chewy (my favourite part) and this glaze is dangerously good.

This Mochi donut recipe makes a small batch because 1) I didn’t trust myself with a large batch of donuts in the house and 2) I didn’t know how they’d keep. Turns out they keep very well and we actually liked them better after they sat for a few hours.

*You can easily double the recipe to make 12 donuts. But don’t say I didn’t warn you.

*Don’t use regular rice flour for these donuts because it’s not the same thing. Sweet Rice Flour, sometimes called Glutinous Rice Flour (although there’s no gluten. don’t ask), is what you need. Read about it here. 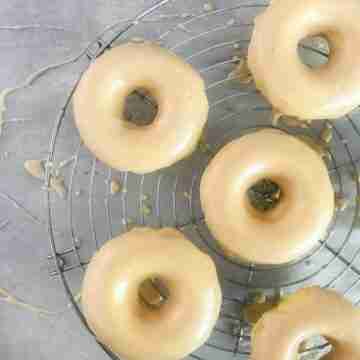 If you like this Baked Mochi Donuts Recipe then I think you would love my Sour Cream Donut Cake Recipe. It’s also a great way to satisfy your donut craving. 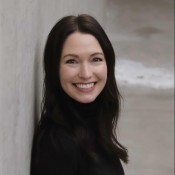 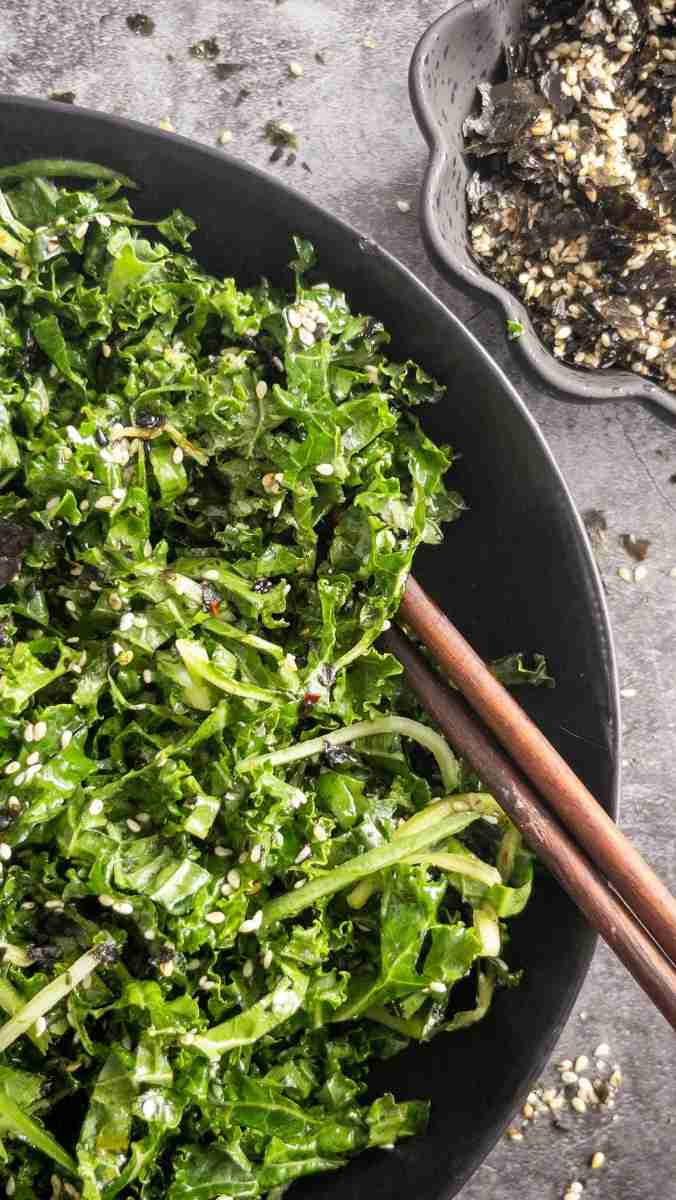 thepyperskitchen
•
Follow
“Seaweed” Salad - without seaweed. What? Friends, I so want to love seaweed salad and feel like I’m missing out on some spectacular culinary experience every single time I see it on the menu at a sushi restaurant. I keep trying it because I like the look of it, the sound of it, the idea of it, but I just don’t… like it. But THIS. This I love. So here I am creating my very own gateway salad in an attempt to train myself to like the real deal. So if you see me pull this out of my purse in a restaurant please just let me be. I’m in training. . Recipe-ish: 2 Tbsp soy sauce 2 tsp rice vinegar 2 tsp mirin 1/2 tsp sugar 1 tsp fresh ginger finely grated 1/2 garlic clove minced 1 tsp toasted sesame oil 1 Tbsp avocado oil Pinch red pepper flakes 5 cups kale sliced into ribbons 1 baby cucumber julienned 1 Tbsp Furikake (recipe on my site) Full instructions on my website: https://www.thepyperskitchen.com/kale-cucumber-seaweed-salad/ . . . . . . . #seaweedsalad #wakame #saladrecipe #saladideas #saladlover #kalesalad #furikake #japanesefood #japanesefoodporn #copycatrecipe #restaurantfood #betterthantakeout #homemadetakeout #makeitathome #rawveggies #greensalad #healthylunchideas #startwiththegoodstuff #healthysides #sushilove #lowcarbrecipes #foodinspo
View on Instagram |
1/9 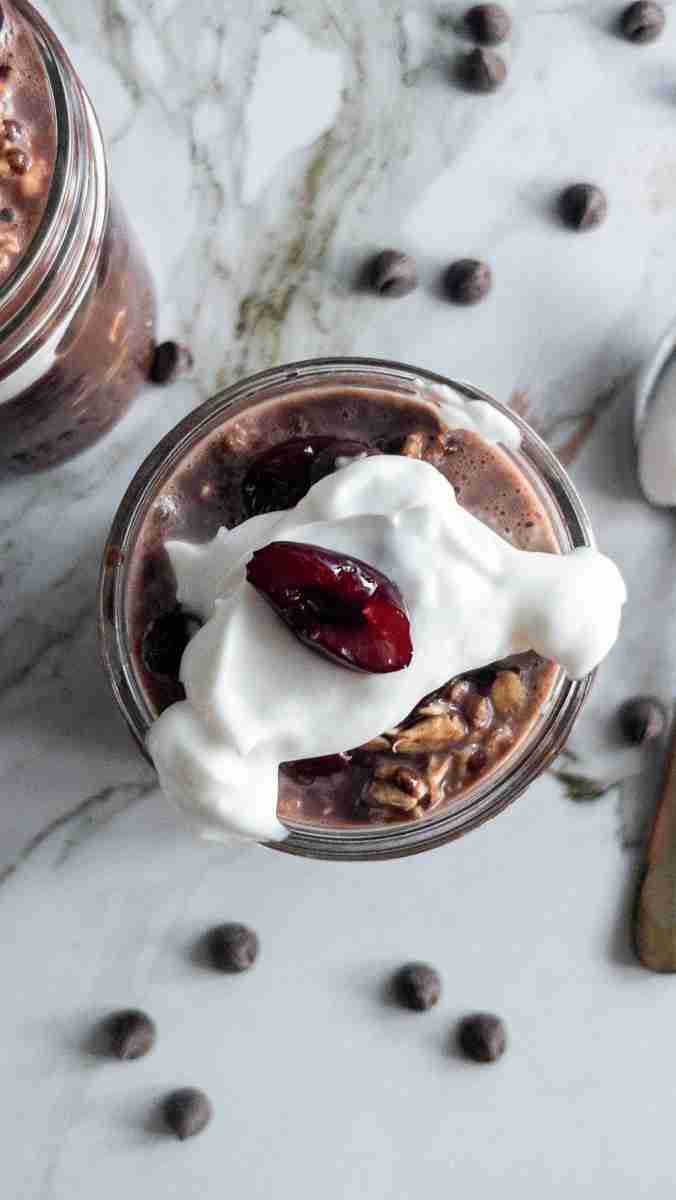 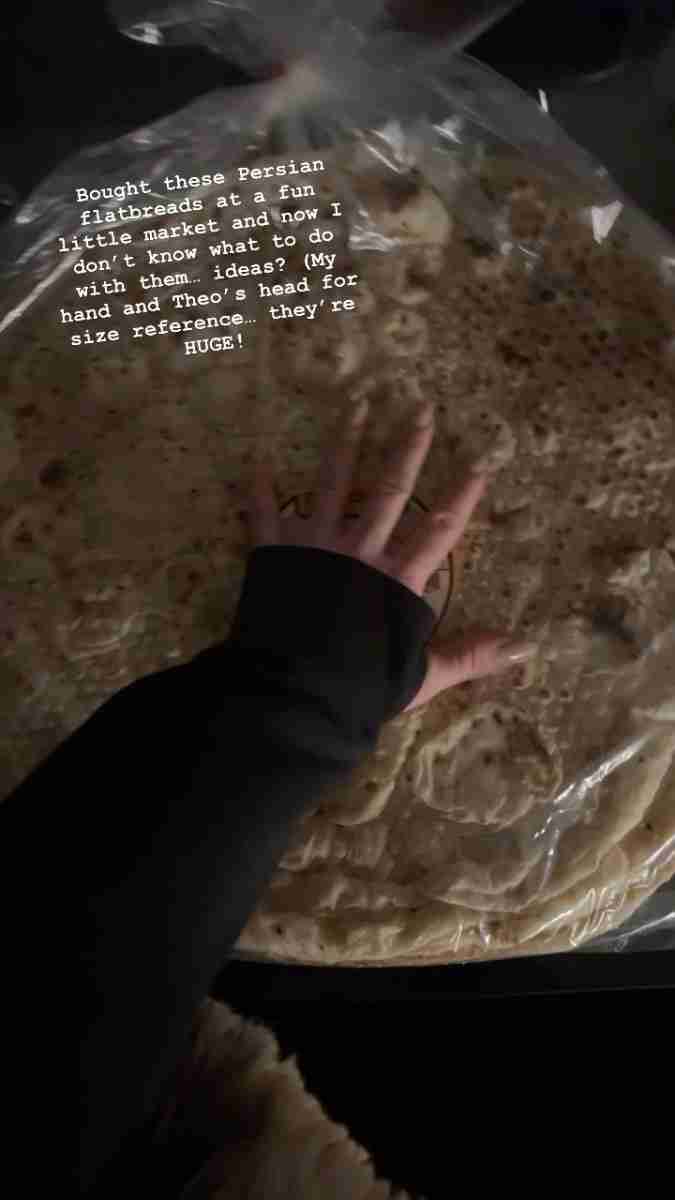 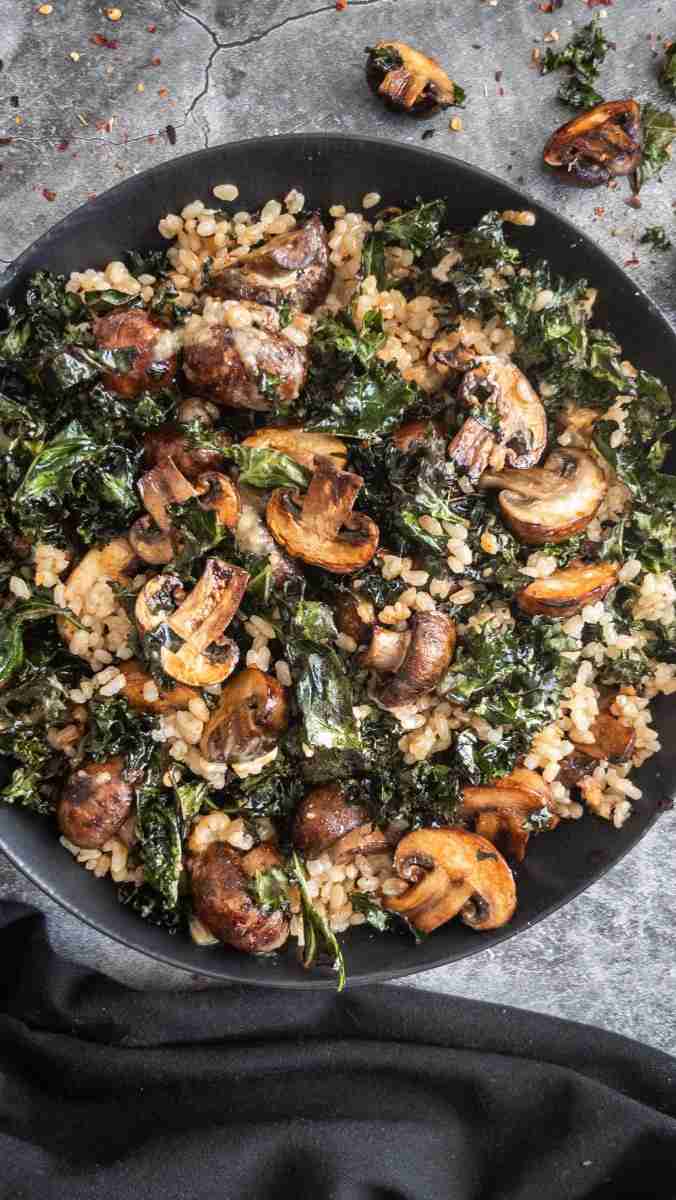 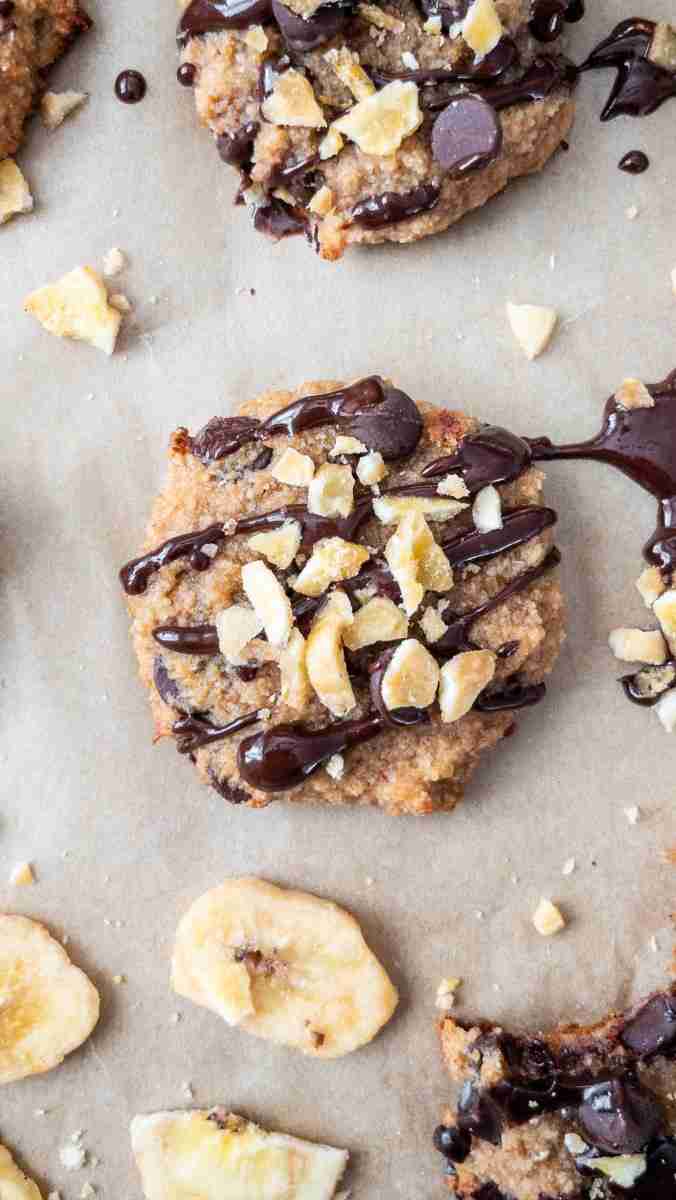 thepyperskitchen
•
Follow
Banana Almond Flour Cookies with Chocolatey Drizzle & Banana Crunch. Here’s the thing about “healthier” cookies friends: they’re not Oreos. They’re not. They never will be and anyone who tells you they are is full of 💩. BUT!! There are ways to healthify your cookies and still feel like you’re having a super indulgent treat or two. Or twelve. But let’s not talk about me. 😬 For me the secret is extra chocolate, obviously, but it’s dark chocolate, which = superfood. Also, crunch. Crunch is what we need to feel like we’re still getting buttery, sugary, extra-carby goodness. I’m this case all that means is a good shower of super crunchy banana chips showered on top. These are honestly delish. Super yummy and satisfying and you can eat them for breakfast. Win. . Recipe-ish: For the cookies: 3/4 cup mashed banana 2, very ripe 2 Tbsp roasted almond butter 1/4 cup coconut sugar 1 egg yolk 1 Tbsp avocado oil 1 tsp vanilla extract 3/4 tsp almond extract 2 1/2 cups almond flour 1/4 tsp sea salt 1/3 cup chocolate chips . Toppings and full instructions on my website: https://www.thepyperskitchen.com/banana-almond-flour-cookies/ . . . . . . #cookies #cookiesforbreakfast #healthycookies #healthytreats #healthybaking #healthybakes #healthybreakfast #f52grams #f52community #healthyish #feedfeed #healthyyummy #healthyjanuary #norefinedsugar #almondflour #almondflourrecipes #glutenfreedairyfree #healthyfoodforkids #healthykidsfood #cookietime #bananacookies #healthysnacks
View on Instagram |
6/9 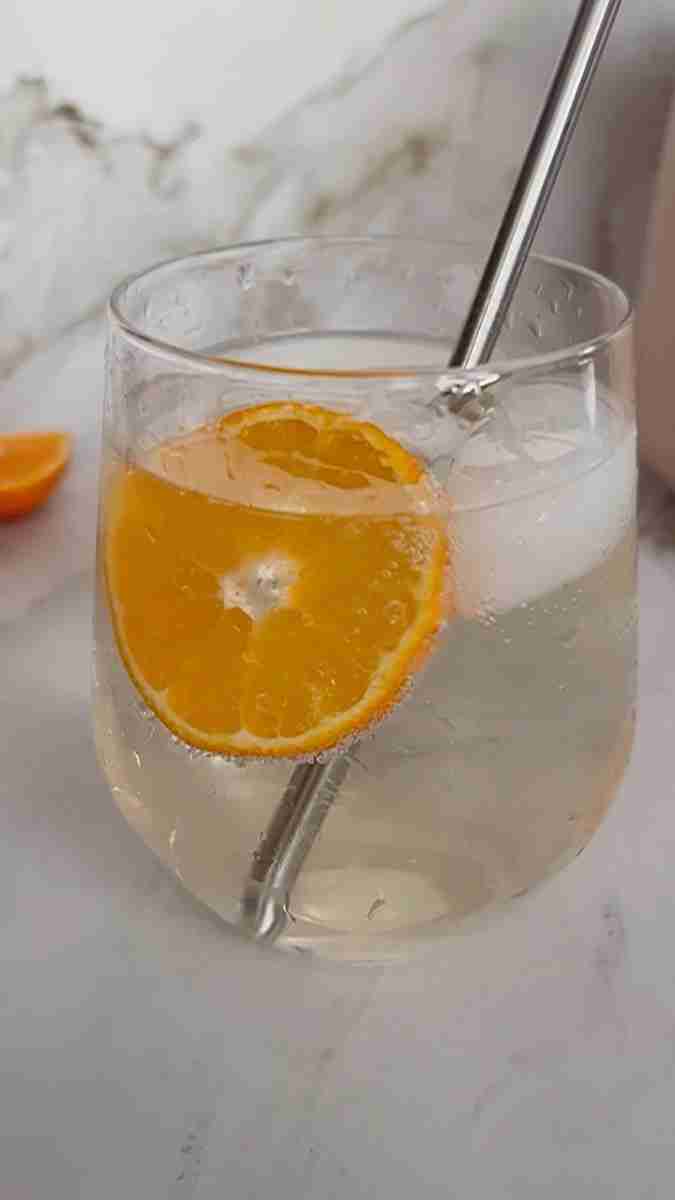 thepyperskitchen
•
Follow
My favourite mocktail!! Here we are. Two weeks into #dryjanuary and I’m just as happy as I was two weeks ago. It’s possible that’s because I’m living on chocolate chip cake and butter soaked chicken wings in the hopes that they help me forget about wine, but I’m happy and that’s what matters. I make this weird and delicious little mocktail almost every day and I love it. It’s just apple cider vinegar (seriously!), stevia, bitters & sparkling water and it’s so yum. Go heavy on everything except the vinegar. It’s there for tang, not vinegariness. If you close your eyes it kinda tastes like an Aperol Spritz. Kinda. . Recipe-ish: Apple cider vinegar Stevia Bitters Sparkling water Ice Orange slice . . . . . #dryjanuary2023 #mocktails #mocktail #mocktailrecipe #mocktails🍹 #mocktailrecipes #mocktailsandcocktails #mocktailsofinstagram #tgif #happyhourathome #boozefree #nobooze #noalcohol #noalcoholneeded #alcoholfree #cocktailoclock #whattodrinkwhenyourenotdrinking #virgindrinks #virgincocktails #virgincocktail #recipereels #feedfeed
View on Instagram |
7/9 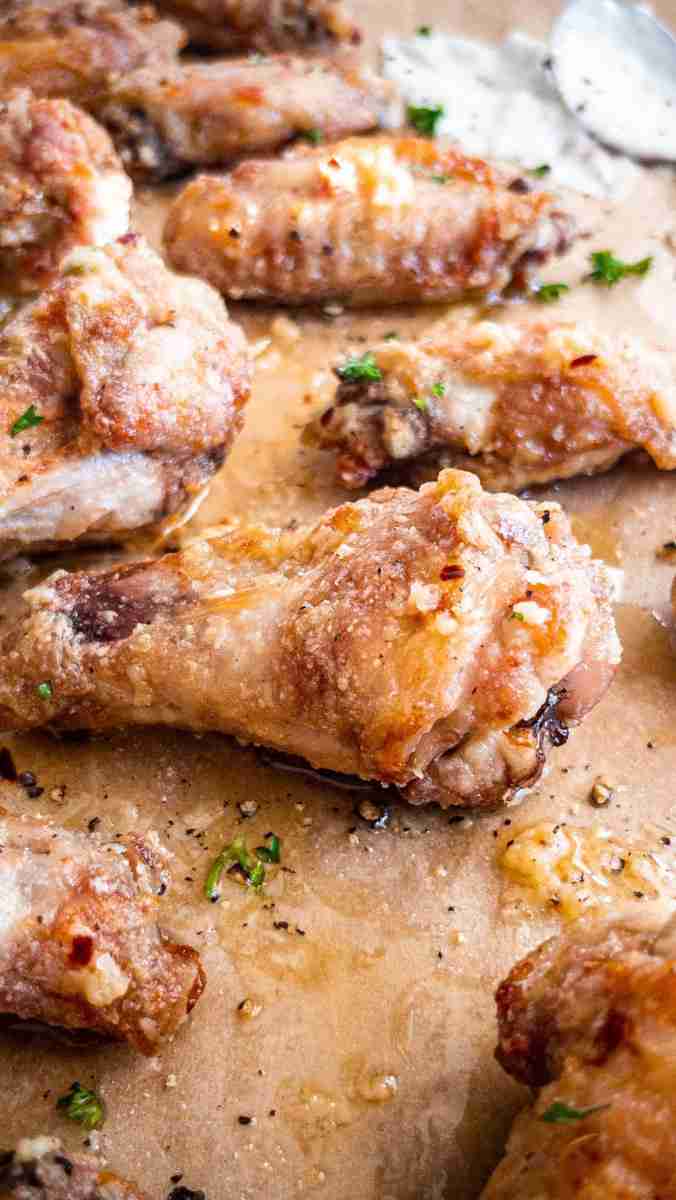 thepyperskitchen
•
Follow
Garlic Butter Chicken Wings with Black Pepper & Parm Dip. I’m going to need all my physician friends, athletic friends and health-nut friends to go ahead and put on their earmuffs before I say this. Is there anything better than meat doused in butter? How about meat doused in butter and then dipped in a creamy, cheesy dip? I got you heathens. Stick with me. These wings are the bomb. One bite and my daughter and I just brought the whole tray to the table and devoured every last one. And in case you’re wondering my commitment to veggies in January is going very well thank you. . Recipe-ish: 1 1/2 lb wings patted dry 2 Tbsp cornstarch 1/4 cup butter 3 garlic cloves minced 1/4 tsp Red pepper flakes Black Pepper Honey optional Dip and full instructions on my website: https://www.thepyperskitchen.com/garlic-butter-chicken-wings/ . . . . . . . #chickenwings #chickenwingsrecipe #chickenwingslover #garlicbutter #bakedwings #airfryer #airfry #airfryerwings #footballfood #gamedayfood #gamedayeats #superbowlfood #appetizers #nodiettoday #fingerfood #fingerfoodideas #f52community #feedfeed #partyfoodideas #eatwithyourhands #easyappetizers #bitesize #lowcarb #airfryerrecipes #airfryerrecipe #appetizersfordinner #easychickenrecipes
View on Instagram |
8/9 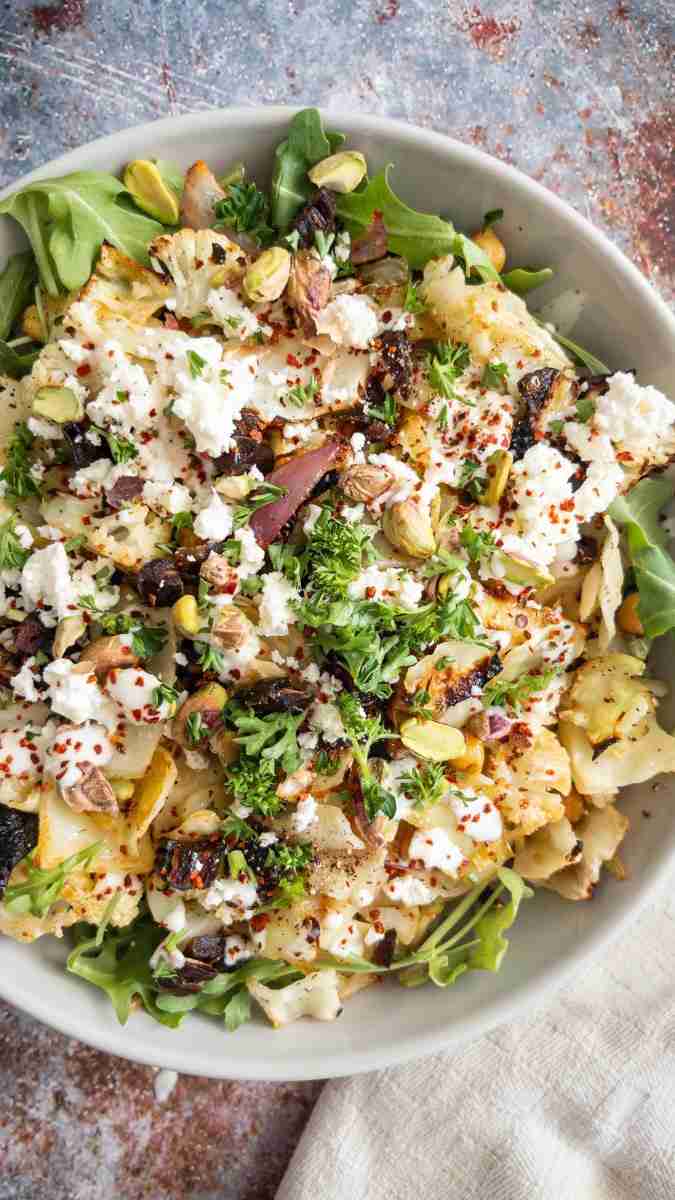 thepyperskitchen
•
Follow
Charred Cabbage and Cauliflower Salad with Chickpeas, Feta & Tahini Yogurt… and dates and pistachios and parsley and Aleppo pepper and arugula… it is a hot mess of a salad. A warm, delicious and ultra satisfying hot mess and I can’t stop eating it. (See, I told you there would be veggies in January!) They key to this salad is the char. You’re going to take the veggies to the point where they look like they’re burnt. They look that way because they are, in fact, burnt. We call it “char” because it sounds fancier and people wouldn’t eat it if you called it burnt. They would be missing out because it is the most delicious burnt food I’ve ever had. . Recipe-ish: 5 cups green cabbage chopped 4 cups cauliflower cut into small pieces (1/2”-1”) 3 Tbsp olive oil divided 1/2 cup chickpeas 1/3 cup red onion sliced 1/4 tsp smoked paprika 1 cup arugula 3 Tbsp feta cheese crumbled 3 Tbsp dates diced small 3 Tbsp parsley chopped 3 Tbsp roasted salted pistachios Aleppo pepper or red pepper flakes Dressing and full instructions on my website: https://www.thepyperskitchen.com/charred-cabbage-and-cauliflower-salad/ . . . . #warmsalad #cabbagesalad #cabbagerecipe #cauliflower #cauliflowerrecipes #roastedcauliflower #saladrecipe #saladideas #saladinspo #vegetarianmeal #healthyvegetarian #f52grams #makemore #huffposttaste #healthyrecipe #tahinidressing #realfooding #foodblogfeed #heresmyfood #tastingtable #f52community #lowcarbrecipes #cleaneatingrecipe #cleaneatingideas
View on Instagram |
9/9
View on Instagram